The conference celebrates the 60th Anniversary of the World Federation of Municipal Engineering and has grappled the theme of Cities – The past in their future. 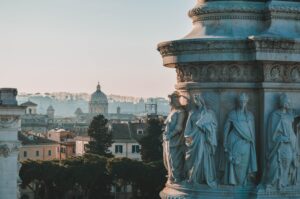 Italy seeks to protect its heritage and culture and integrate its past into its future.

The conference tackled a broad debate, focusing on an area which is not often talked about. Urban regeneration addresses the problem of housing quality and inclusive urbanisation, but what are the structures of interconnectivity. How do we strengthen our efforts to protect and safeguard the world’s cultural and natural heritage.

Rome has a strong urban identity. A historical soul coupled with a cultural dimension in which the local residing population is fully immersed. By using conservation tools to preserve the city, a feeling of belonging to a community is protected. This includes opening cultural and historic sites to make them a useful contribution to urban life and to merge with social requirements. Furthermore, ideas were explored around physical accessibility as well as access to knowledge in order to illustrate history, and culture as a new way of collective socialising.

New Zealand’s guiding principles of Kaitiakitanga, guardianship, strongly connect with the theme of the conference.

We know that Climate Change is already affecting our cities. In New Zealand, our sea level has risen by an average of 1.81 millilitres per year since we began keeping records. Seal level rises make coastal communities and infrastructure vulnerable to floods, tsunamis, and other natural disasters. In other areas of the moth, particularly the east coast, increasingly warmer and drier climates face increased fire risk, and are threatened if they rely on rainwater.

Māori are among the first in Aotearoa to be directly affected by climate change, because of their close relationship with the environment and its resources. We face the loss of important cultural sites and taonga, as well as our native species. What does that mean for our ahurea tuakiri or cultural identity.

Climate change risk affects the spiritual, physical, intellectual and social values which are integral to the health, wellbeing and community of Māori identity, just as the loss of cultural and historic sites could affect European collective identity.

Cultural heritage sites, including Marae, and Urupā are often situated in low lying coastal areas. These places are deeply connected with Tangata Whenua, and due to their locations are often exposed to the impacts of climate change. There are hundreds of coastal urupā in New Zealand, currently threatened by rising seas and severe storms.

Species that are treasured in Te Ao Māori such as tuna (eels), kōrua (crayfish) and kākahi (mussels) are a source of physical and spiritual sustenance for whānau, hapū and iwi. There has been a transfer of customary practices and knowledge from one generation to the 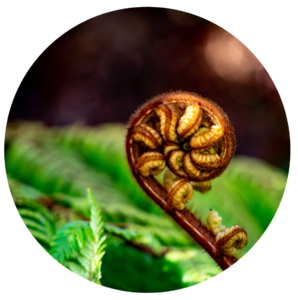 Further to the loss of cultural sites and species, New Zealanders have started to notice a change in the timing and occurrence of tohu (environmental indicators). For generations, māori people have relied on environmental indicators, known as tohu, to tell the time of year, hunting/gathering/fishing seasons and so on. Plants are blooming out of season, and one anecdotal story shared how mullet now come at any time of year, whereas previously, they only arrived in winter.

Mātauranga Māori, is knowledge in its broadest sense. It is part of Māori culture, linked to identity and is considered by some as a unique part of the identity of all New Zealanders. This knowledge is similar to that discussed in relation to Italy’s cultural and heritage sites. It illustrates a history, a culture and a collective of people. As Mauri, or life force of ecosystems and taonga is threatened by climate change, so too is the mātauranga associated with them. As we our native species become extinct, whakaapa is lost and so are the ties between iwi, hapū and Whenua. As a result, Te reo me ngā tikanga (language and customs), as well as interactions between generations, may also become reduced.

So where do we sit when it comes to climate change

Aotearoa has taken previous steps to address climate change including acts, accords, policies, plans and frameworks, but we’re not currently living up to them. New Zealand has dropped seven ranks in the Climate Change Performance Index. We continue to be amongst the lowest countries in the GHG emissions category, and one of the highest in renewable energy.

The Climate Change Response Amendment Act is a legally binding net zero emissions target for 2050. It excludes bionic methane. It is evaluated as a strong policy setting a framework for fully reaching the 2050 goal. However, there are no appropriate measures to achieve this target yet in place. Further, the CCPI experts demand a more ambitions target for biogenic methane emissions. The agriculture industry in New Zealand accounts for circa 48% of the country’s emissions.

It is however likely that 100% renewable electricity will be met by 2035. But with no current incentives for renewable energy, we’re not currently improving in this space. 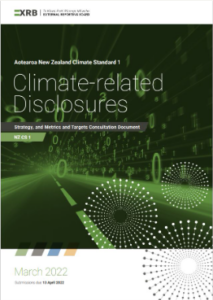 Aotearoa has become the first country in the world to introduce financial climate change risk disclosure, requiring the financial sector to disclose the impacts of climate change on their business and to explain how they will manage their climate-related risks. The requirement will put a spotlight on government and business and will mean that high-carbon assets will not hold their value. As new technologies for cutting emissions are created, these will become highly valuable in the economy of the future.

The Task Force for Climate-related financial disclosures has developed an international adopted framework for disclosing climate-related risks. It attempts to simplify the complex areas of climate-related risks, and exists to provide transparency to inform investors, stakeholders, clients and customers about how an organisation is handling its risks and opportunities related to climate change.

In order to assess these three risk categories, the TCFD assesses risks using climate scenario analysis. Climate scenario analysis is a tool for understanding the consequences of positive and negative scenarios, helping us to think more about the long term and strategically about risks and opportunities. Three scenarios are most widely used. These are:

Whilst our acts, policies and accords are well-meaning, there is a general lack of tangible implementation across Aotearoa New Zealand of Climate Change policy and practice. TCFD reporting is a no-brainer and will force all public organisations, as well as financial organisations, to properly evaluate the risks of their assets and portfolios. It is a real evidence based assessment which highlights climate related risks and good/bad practice.

Te Tiriti o Waitangi governs our partnership with Māori, and in order to really achieve sustainable and low carbon outcomes, it should also govern our climate change actions. The traditional lens through which the people of Aotearoa New Zealand see the world, can be innovative. For hundreds of years Te Ao Māori has encouraged sustainable and resilient practices, acknowledging the interconnectedness and interrelationship of all living and non living things. From this, we can learn.

This article was produced using Priyani’s presentation “New Zealand Climate Change Actions – A Challenging Road Ahead”. The presentation was co-authored by Matt Raeburn who developed and implemented climate-related disclosures in Aotearoa New Zealand.